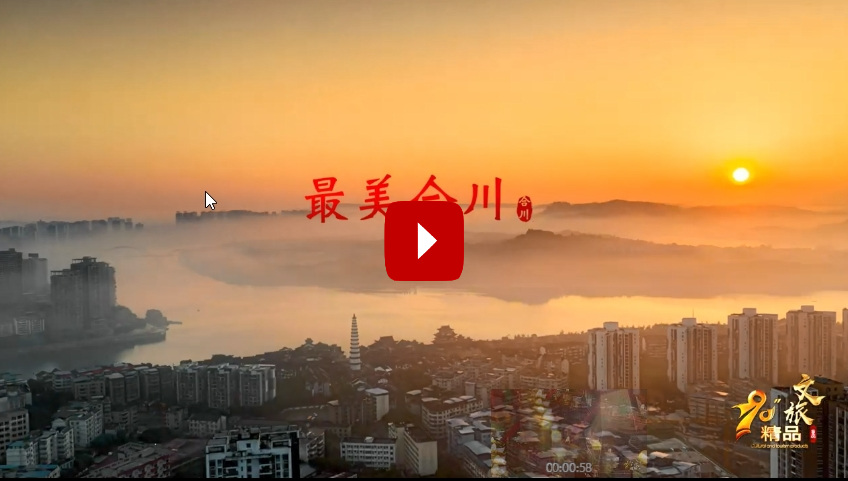 Hechuan, a district of Chongqing just north of the central city of history and lore, ancient towns and temples, local delicacies and culture and most of all – friendly people that will have you dreaming about your next chance to visit and reminisce about your last encounter in Hechuan.

Hechuan is blessed by being at the confluence of three major rivers, giving it abundant natural resources as well as the spectacular scenery of crystal clear lakes and lush mountains – truly something out of a traditional Chinese shanshui painting. Its people are just as warm and welcome as the scenery, carrying forward a rich 2300 tradition of legendary battles, Zen Buddhism, charming ancient villages, succulent local delicacies, and even fossilized dinosaurs. With such history and charm, it is no wonder that once you come to Hechuan, you will be taken away by the beauty of its people, history, and culture, and have you leave wanting more.

Let’s take a closer look at just some of the surprises Hechuan has to offer!

Epic Clash of the Golden Horde and the Song Dynasty: Diaoyu Fortress

1243 AD. The Mongol golden horde stretches from Europe to Korea, leaving a stretch of conquered land and swath of destruction the likes the world has never seen. The nigh-invincible Mongols with their leader Mungke Khan, having already taken over the plains of northern China, eye eagerly at the fertile south, hankering to complete their world conquest. What will ensue is an epic Thermopylae (300) style standoff that will leave Mungke dead and the army defeated, buying the weakening Song dynasty critical time before the eventual coming of the inevitable. Even though the Song was eventually defeated, making way for the Mongol established Yuan dynasty, the Diaoyu Fortress in Hechuan district stands as a testament to the bravery, tenacity, and indomitable spirit of its people. 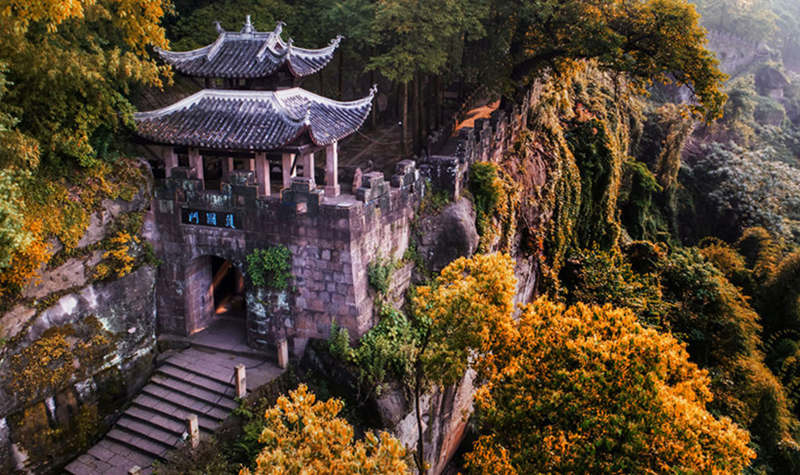 The gate of Diaoyu Fortress (Diaoyucheng) 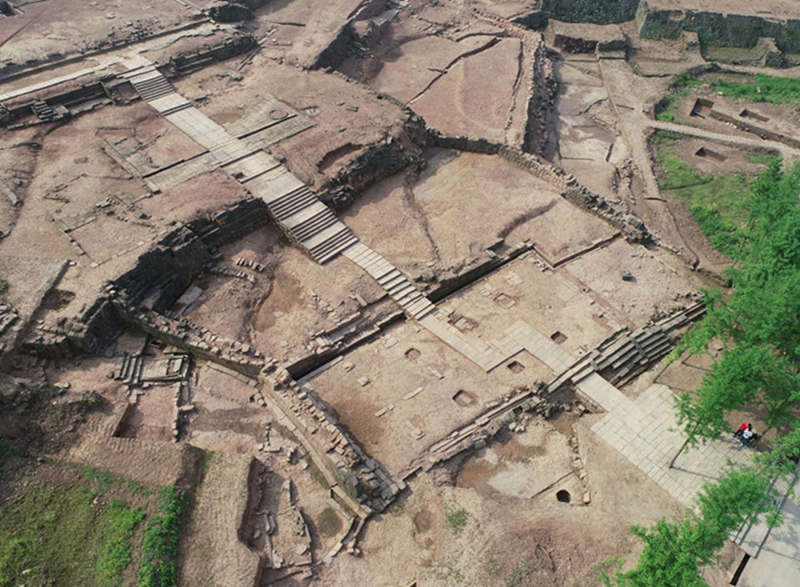 Quiet and peaceful, Laitan is perched on gently rolling hills that overlook a river below it. Far from the bustling city, Laitan is an idyllic village wrapped in a stone city wall with a city gate to meet its visitors. As you make your way toward the entrance, you are enveloped by the smells and smoke of freshly cooked food from vendors on the streets, smiling at you as you continue your journey inward. In the distance you notice a Buddhist temple rising among the tiled roves of the stone houses. 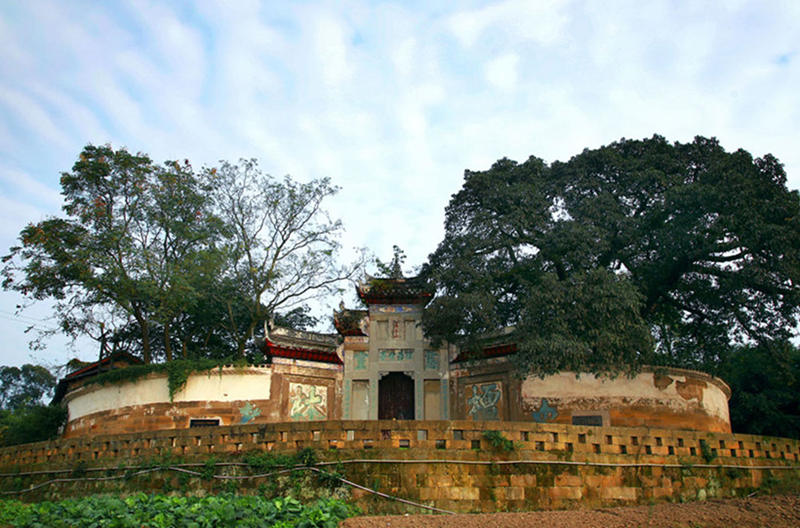 Gusheng Temple – a place to cultivate talents during wartime

A rarity in China, this temple has more than 1,700 Zen style statues of superb craftsmanship made in the late Song style, making it a rare collection of Zen status. The ancient town of Laitan, which has a long history of Zen Buddhism, has become one of the first batches of famous historical and cultural towns in China. The temple has also become a national key cultural relic.

Wondering in this ancient town, you will come upon tiled houses of the Ming and Qing (more than 300 years old) style, stone cobbled streets that are both simple and inviting. Strolling along the stone city wall, you may gaze at the mountains beyond. Whether you are watching an opera, sipping on tea, or trying some Chong style tofu pudding – Laitan is a village of living history.

One of the largest dinosaur fossils in the world

In 1957, archaeologists discovered a colossal dinosaur fossil, named “Mamun Creek Dragon” in Hechuan. This fossil is a sauropod dinosaur that lived in the late Jurassic period 145 million years ago. The fossils are well preserved and were enough to fill 40 boxes alone.

The sauropod is the largest terrestrial animal in ancient and modern times and is called “the giant in the animal kingdom.” Its head and neck can reach 11 meters high and was 22 meters long. It is estimated that it weighed 30 to 40 tons when alive, somewhat resembling a massive construction crane in both size and weight. It is the first time that such a huge and complete fossil has been discovered in China. It is not only the most extensive dinosaur fossil in Asia but also one of the most significant dinosaur fossils in the world. 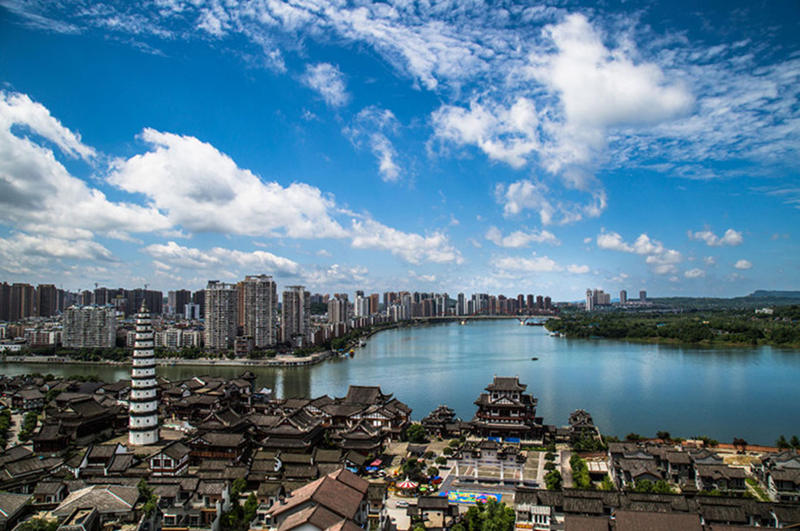 At the Panama Expo of 1917, a mysterious snack from China conquered food lovers from all over the world with its exquisite appearance and unique flavor and later snatched the gold medal of the Expo. This is the Hechuan peace slice, known as “the world’s first walnut slice.”

The Hechuan Salnut Slice was invented in 1840 and had a history of more than 170 years. In 1895, a candy store in Hechuan began to produce these sweet walnut slices. Hechuan walnut slices are refined and processed from high-quality glutinous rice, walnut kernel, white granulated sugar, honey rose and other raw materials, and are characterized by delicate and moist powder, soft texture, thin slices, white color, sweet taste, and robust walnut kernel and floral fragrance – truly a delight for both the eyes and taste buds. Hechuan walnut slices come in a variety of types including mint and walnut slices, salt and pepper, and more.

Hechuan pork slices have the honor of being one of the only two famous dishes named after a town in authentic Sichuan cuisine.

Hechuan sliced pork is made by peeling pork leg, wrapping it with egg powder, frying both sides in oil pan until yellow, and then adding seasonings to cook it. It is crisp outside and tender inside, with a fresh and delicious flavor. Hechuan Meat Slice, which first appeared in the Southern Song Dynasty and has a history of nearly 800 years, is a unique culinary heritage of Chongqing.

According to legend, Hechuan meat slices were a happy accident. In the Southern Song Dynasty, an official went out to get a feel of the conditions of the local people and went to a small food shop under the protection of the State in Diaoyu City to have a meal. The disciples of the shop fried fish-flavored meat slices and mixed too much flour and eggs into the pan. Because of his culinary inexperience, the meat slices changed from fried to fried and seared, with golden color. He further made the mistake of pepper oil into the pan as vinegar. However, this dish drew unexpected praise from the official. Legend has it that Hechuan meat slices later became the military food because its moisture content is very low, which is conducive to the storage and preservation of military supplies. On the other hand, because it is easy to carry and can be eaten at any time, thus it became emergency rations for soldiers and civilians.