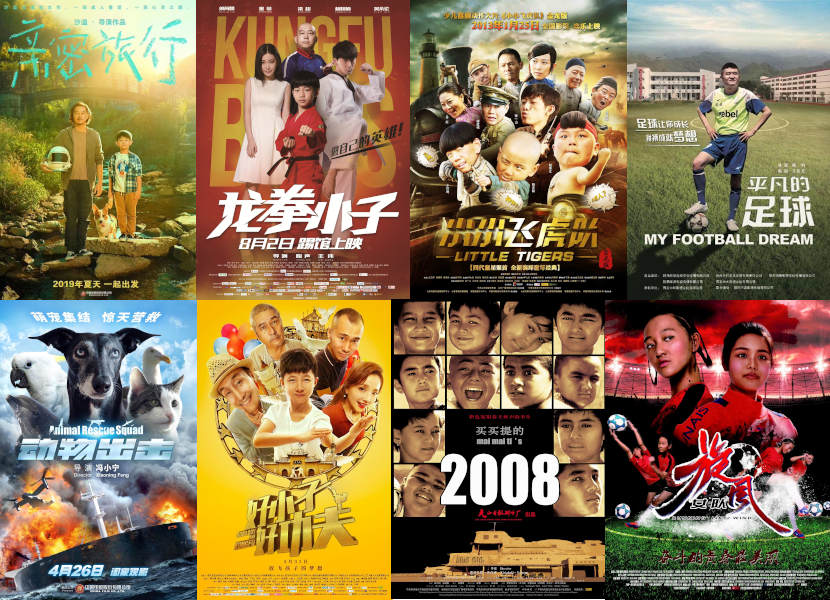 International Children's Day is around the corner and we have selected eight children's movies for you to enjoy this special day with your kids. Free online access to these films will be available for a limited period of time (from June 1st-June 7th), feel free to pick them up. The films are all provided by www.1905.com

The film follows Li Le, a boy deeply in love with Chinese martial arts who has been learning it from his grandfather since childhood. He tries to win a martial arts contest to get a free family tour in Macao to bring together his divorced parents. His grandpa discovers his plot and tries to persuade the grandson to quit the contest, yet is convinced otherwise. They try to fake a "kidnapping", but the consequences are beyond their original plan.

A driver, Shen Tong, played by actor Sha Yi, receives an order sending an 8-year-old boy and his dog from Beijing to Zhoushan in Zhejiang province. Shen reluctantly accepts the order just for the payment. On the way, he and the boy go through many experiences together, which changes their attitudes. At the end of the journey, Shen finds there might be some relations between him and the boy. This is a journey that heals two lonely hearts——one of an adult, the other a child.

Winning many awards, the film features some children helping to deliver important messages during the War of Resistance against Japanese Aggression (1931-45). The main actors, chosen from about 30,000 children in auditions, had little acting experience but successfully portray the characters with natural and vivid performances.

A ship carrying highly toxic raw material is robbed by pirates. Besides a parrot, all crew members mysteriously died. Despite this, the ship is still heading to port at a full speed, which will cause a huge disaster. A girl who can talk to animals happens to learn about the accident and tries to save the sea, the port and the people with her animal friends.

Adapted from a true story, this inspirational film tells a tale of a group of girls from the Li ethnic group who never encountered soccer before, but who manage to fulfill a soccer dream with tears and laughter after overcoming all sorts of difficulties.

The film is full of conflicts between tradition and modernity, and apart from displaying sportsmanship and youthful energy; it also stresses the significance of friendship and kinship.

Yingchao's father is a big fan of football but was injured in a match. He puts all his expectations on his son, to whom football is not only a sport, but also a way to gain insights into the big world. Another character is the headmaster, Mr Ding, who intends to combine academic study with football training. Finally a football team is established in school, which carries hope for the future of Chinese soccer.

"Mai Mai Ti's 2008" is an Olympics promotional film about a children's soccer team in North China. Shawei village is near the Taklimakan Desert; people here are fascinated with soccer and are very talented in the sport.

The protagonist Mai Mai Ti, who was accidentally assigned to be a PE teacher at a local school, actually dreams of performing Dawazi (an ethnic art of tightrope walking) at the opening ceremony of the 2008 Beijing Olympics. But to go back to the city to create his own art troupe, he has to help the village win a local soccer match. So he sets up a children's soccer team in the village and tries to train these kids to win.

A Chinese boy born in the US is sent back to China to live with his uncle. The boy has excellent kung fu skills and always dreams of being a big hero, but he continues to run into tricky situations in China and brings a lot of trouble to himself and his uncle and even gets himself involved in an international crime.