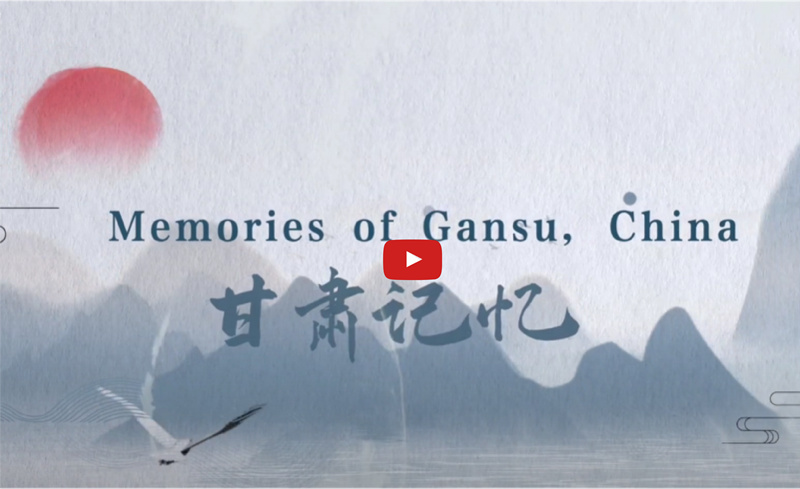 Gansu, the important birthplace of the Chinese nation and Chinese civilization, embraces the old Silk Road winding for more than 1,600 kilometers. Featuring diversified natural ecology and unique geological landforms, it has seven world cultural heritages. A number of world-class natural wonders such as Danxia landform in Zhangye, the Yellow River Stone Forest and the Crescent Spring in Dunhuang have won fame both at home and abroad. It is praised by global tourists as “birthplace of Chinese civilization, a museum of natural wonders, a showplace of ethnic customs and a destination of quality tourism”.

Three of over 27,000 intangible cultural heritage projects in Gansu have been included in the UNESCO’s Representative List of the Intangible Cultural Heritage of Humanity, and 83 of them were recognized as national representative projects. Memory of Gansu Province: Short Video Display of Intangible Cultural Heritage visualizes the cultural charm on this land, which has been inherited to this day, through the rich and colorful folk culture, such as Tibetan Eagle Flute performance, Hua’er (folk song) Party, Loong-headed Lute playing and singing, Dunhuang dance and music, Guozhuang Dance, martial art of Kongtong School, Tibetan folk songs in Gannan, Duodi Dance, national costumes, Chinese shadow puppetry, paper cutting and so on. 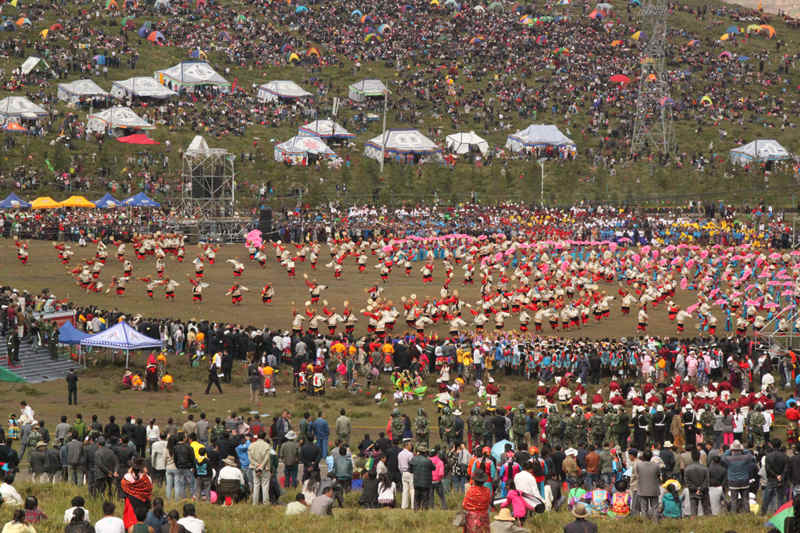 Guozhuang Dance (one of the three major Tibetan folk dances, which means “circle dance” in Tibetan; performed by Tibetan people during traditional folk festivals and family gatherings; expressing people’s praise and gratitude to nature, and their praise and yearning for a better life.)

Chinese Shadow Puppetry (Qingyang shadow puppetry is exquisitely carved in an ancient style. Each detail symbolizes ancient Chinese culture. The performance is elegant, so is the shadow figure itself: it’s an excellent art work. With a history of over 2,000 years in China, it can be played under lamplight or sunshine.) 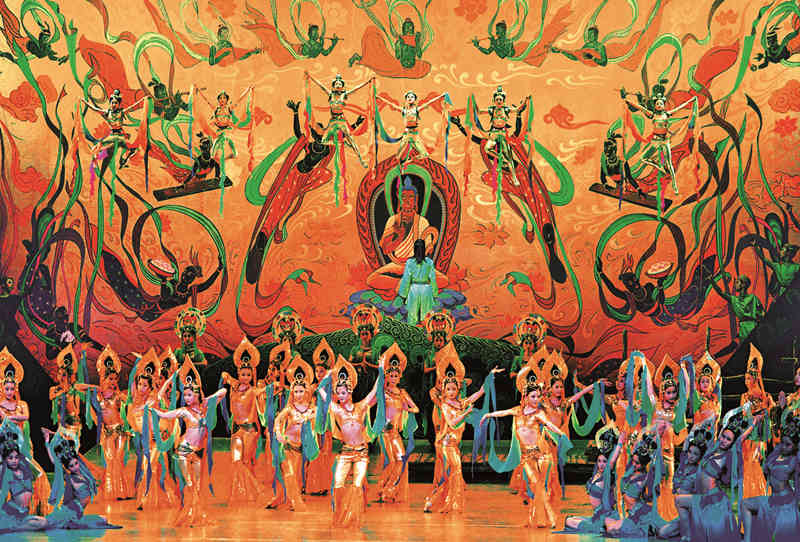 Dunhuang Dance (A mass of dance materials have been found in Mogao Grottoes in Dunhuang, by which Chinese artists revived Dunhuang Dance by reviving the musicians and dancers in the frescoes. Gansu’s Dunhuang Dance has been performed in more than 80 countries and regions around the world, widely praised and loved.) 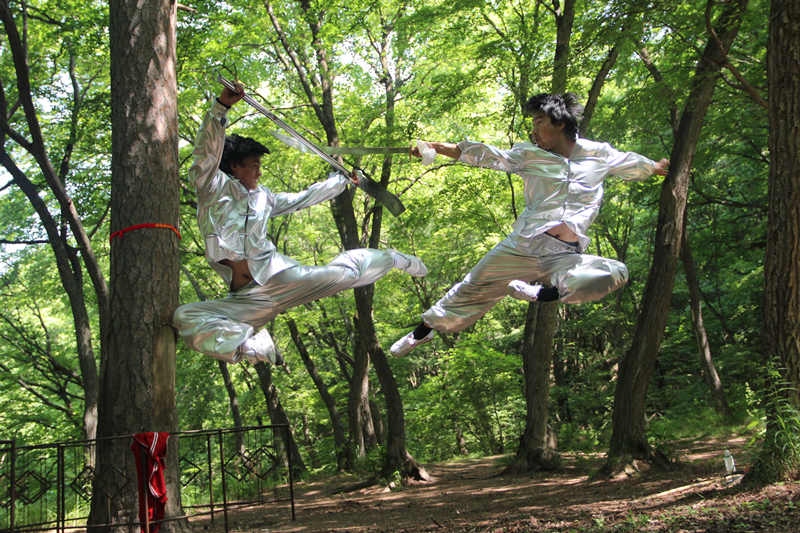 Martial Art of Kongtong School (It enjoys the equal fame with other four martial arts origins with Shaolin, Wudang, Emei and Kunlun. The unique school adheres to the tenet of “cross-legged sitting and meditating, coping with all motions by remaining motionless”. After long training, practicers could build their bodies. The School features “strange weapons”, which come in a variety of forms, small and exquisite, and easy to carry. They always defeat the enemy by a surprise action.) 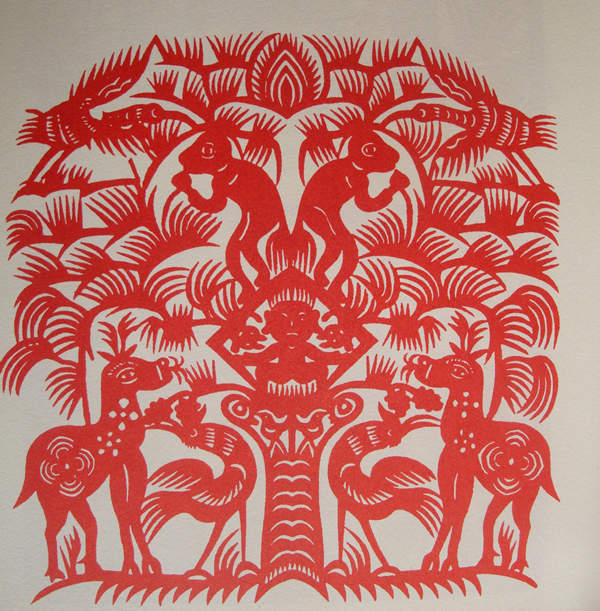 Paper-cutting (Paper-cutting, rooted in the Loess Plateau of east of Gansu, is a traditional folk art activity with a long history, and one of the oldest folk art forms in China. It is wide in inheriting, casual in expressing emotion, practical for daily life, and prominent in humanity and history. It inherits the design of original totem, and retains the earliest Chinese character and art symbols and the philosophy of Yin and Yang and five elements, indispensable for local people’s daily life.) 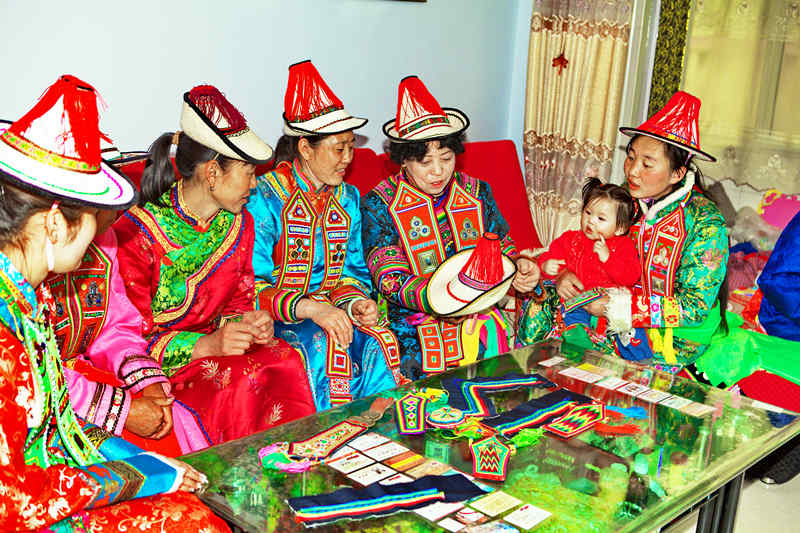 Yugur Costume (As a nationality only inhabiting in Gansu Province, Yugur people have no characters, only language. They have been mainly engaged in animal husbandry for generations, thus developing the clothing culture with animal husbandry characteristics. Their costume inherits some characteristics from ancient ancestors, and absorbs those of other nationalities, forming the unique Yugur costume today.)

Luminous Jade Cup (It is a rare drinking vessel carved from jade. Filled with liquor and placed in moonlight, the cup will shine, hence the name. It has the history of over 3,000 years.) 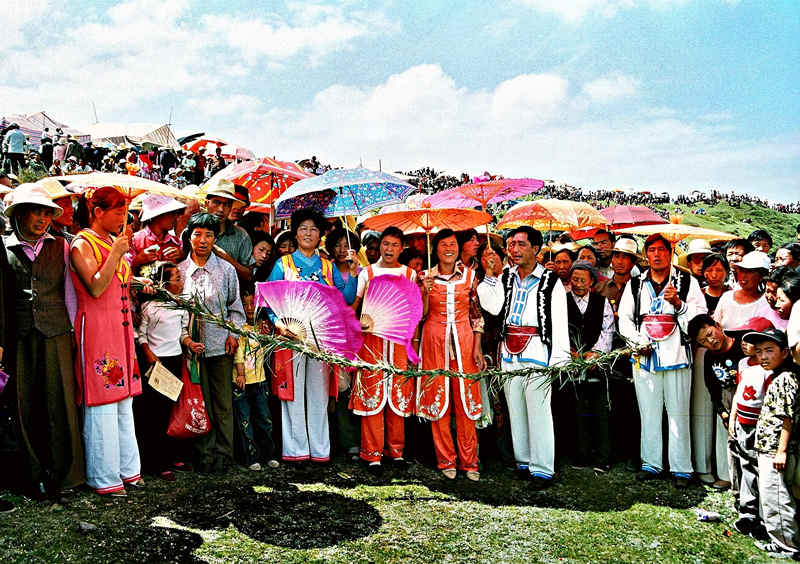 Hua’er (folk song) Party in Hui Autonomous Prefecture of Linxia (Hua’er is a kind of folk song popular with many nationalities in Gansu Province, such as herdsmen on the grassland, women in field, and the rafters in the river. They are loud and clear, straight and bright, exciting and beautiful. “Hua’er Party” is one of the large-scale traditional folk song singing events still existing in the world.) 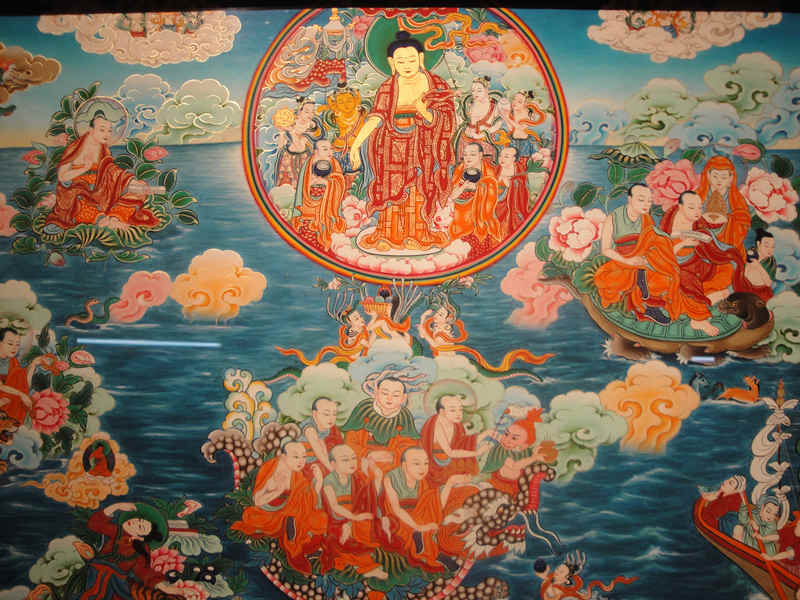 Tibetan Thangka (With unique composition, thangka breakthroughs the limitation of real time and space, in which the largest thing could be inserted into the smallest one. The deformed rocks, auspicious clouds, flowers and other patterns are applied skillfully to naturally separate the complex plot, telling an independent but coherent story. It is novel, unique, vivid and interesting. They are created with mineral pigments, gold and silver threads, etc. Thangka has distinctive ethnic characteristics and strong religious style, boasting a high reference value in studying Tibetan folk customs and religious art.) 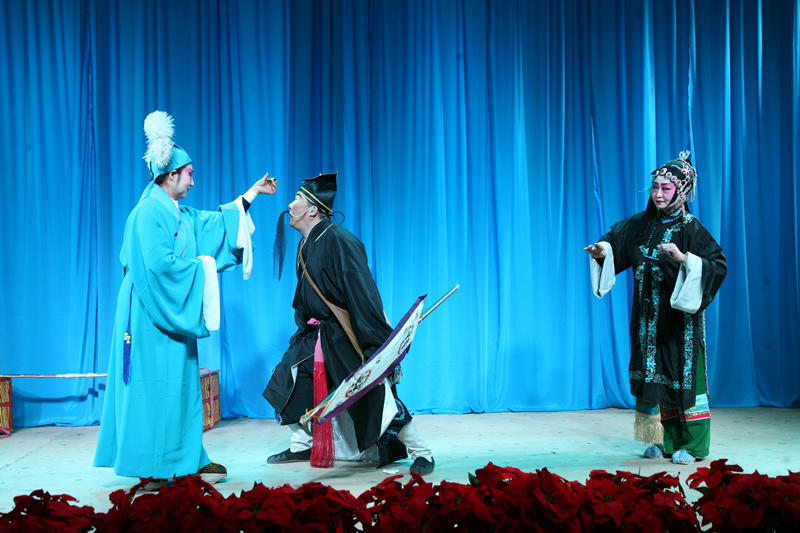 Dunhuang Quzi Opera (Dunhuang Quzi Opera is one of the unique traditional operas in Dunhuang, Gansu Province. It originated from folk songs more than 500 years ago, and can be performed on stage or casually without makeup or accompany. Its themes vary from myths, historical legends to folk social life.)