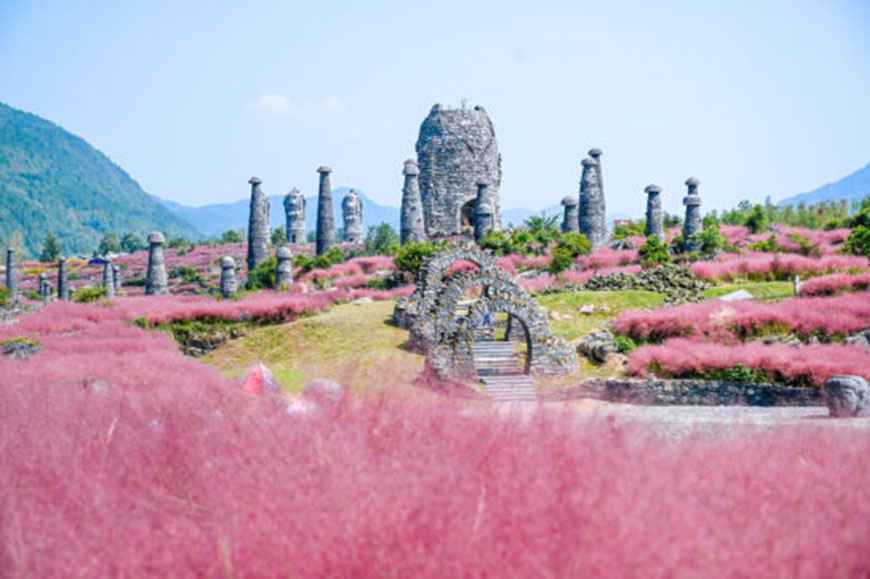 Located in the southern suburb of Youyang County, Chongqing, the Scenic Area is adjacent to the G65 Chongqing-Hunan Expressway. An eco-park for poverty alleviation demonstration integrating tourism, sightseeing and leisure, it covers an area of more than 2 million sqm, and consists of two major parts: the Dieshi Valley Scenic Area and the rural Chinese art area. By integrating the layers of stromatolite, the arts of stone-overlapping, and the Wu Nuo Culture, the Scenic Area becomes the only comprehensive scenic spot in the world which features the stone-overlapping art and the Wu Nuo Culture. 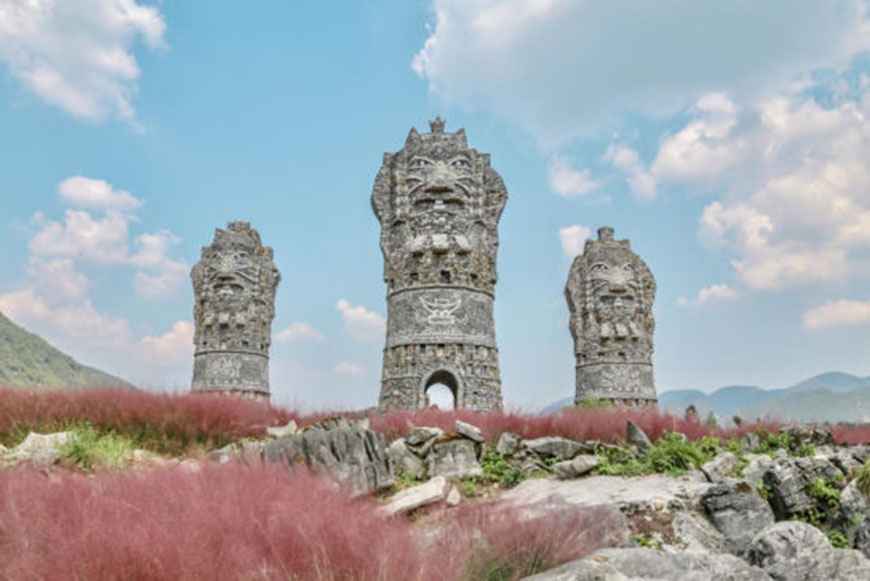 Large-scale stromatolite fossils of the Cambrian Period, 500 million years ago, have been found here.

Large-scale stromatolite fossils of the Cambrian Period, 500 million years ago, have been found here, which has been acclaimed as “the Most Outstanding Stromatolite Area in South China.” According to the scientific research of Chinese geologists, Youyang has opened the prelude of biological evolution. After the evolution for five hundred million years, “flowers” on the stacks of stone have emerged before us with natural appeal.

In October each year, the valley’s nearly 3,000 square meters of Muhlenbergia capillaries quietly bloom. Amid the vast sea of pink flowers lie the unique and mysterious stromatolites, the pictures of which can easily surprise your friends.

The Nuo Culture originated in the early stage of the human primitive religion, with a history of about 10,000 years. By integrating the stromatolite, the art of stone-overlapping and the Wu Nuo Culture, Youyang Dieshi Valley Scenic Area vividly presents the earth’s beginning and human origins, and lead tourists to travel from the modern society to the mysterious world over the 30 degrees north latitude.

In the Scenic Area, tourists can not only appreciate a total of 15 attractions, such as the altar of stromatolite, the 24 drama gods, the huge hole in the earth of stromatolite, and the ancient site of stromatolite. They can learn about the Wu Nuo Culture, admire a variety of flowers and stone flowers, and experience the zip line and the iron bridge. 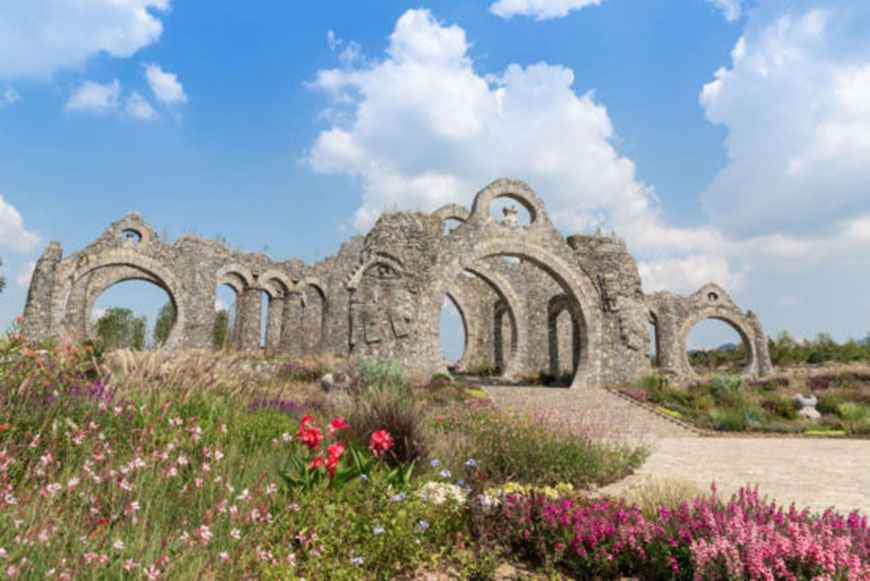 The Scenic Area becomes the only comprehensive scenic spot in the world which features the stone-overlapping art and the Wu Nuo Culture.

Today, the intangible cultural heritages, with history of about 1,000 years, have been converted into 24 drama gods who can “speak.” When tourists visit the site of 24 drama gods, they can listen to the detailed information of them online by scanning the QR code. It is the first time to break away from the conventional mode of using bulletin boards to introduce humanistic scenic spots in China.