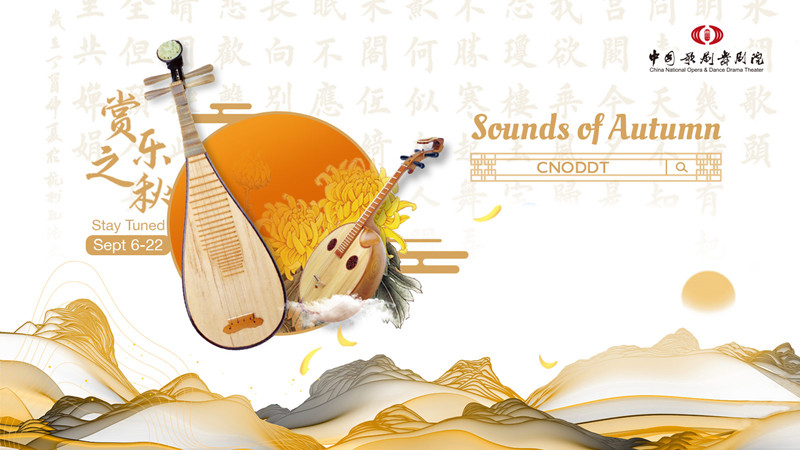 Wondering what songs will be featured in the "Sounds of Autumn" series? From the global gaming sensation of "Super Mario Bros" to the fantastical dreams of "Castle in the Sky"; from the "Big Fish" that wanders in the silent waves, to the love story of "Flying Birds” and the ancient colors of "Clear Reflections"… Welcome to the fantastic Chinese Music Journey! 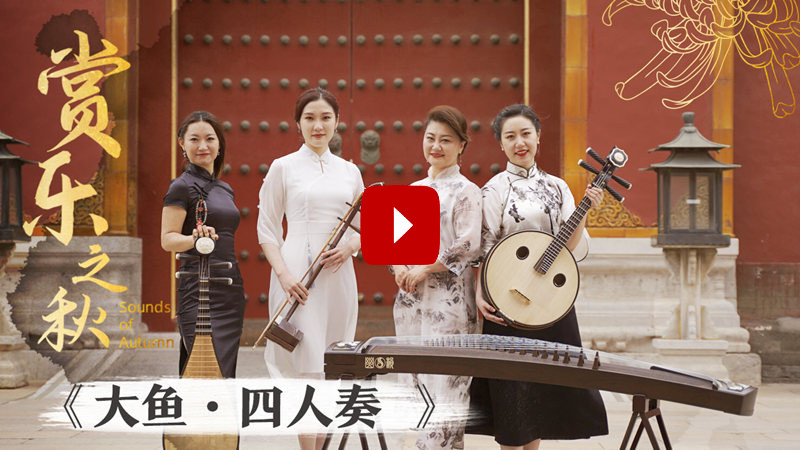 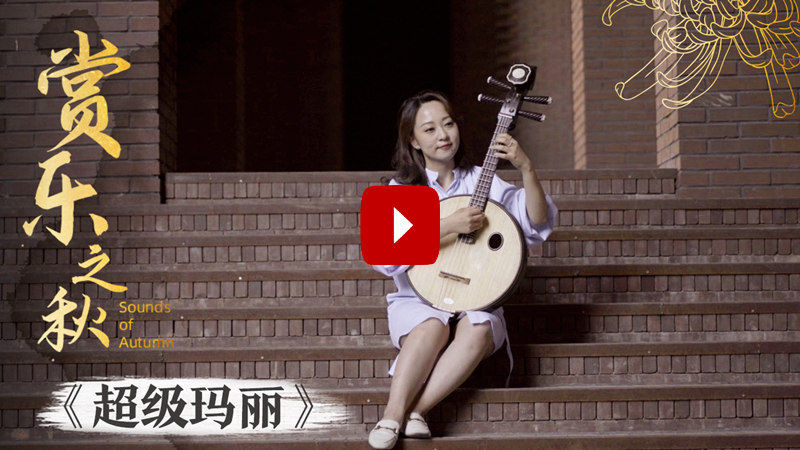 Who doesn’t recognize the “SuperMarioBros" theme song, the lively melody  that is like an energetic and curious young child. What if we played this world-famous song with a traditional Chinese instrument?

Our artist from CNODDT Folk Music Troupe is here to perform this classic piece with the Chinese four-stringed round lute - "ruan". Let’s enjoy this unique fusion of music! 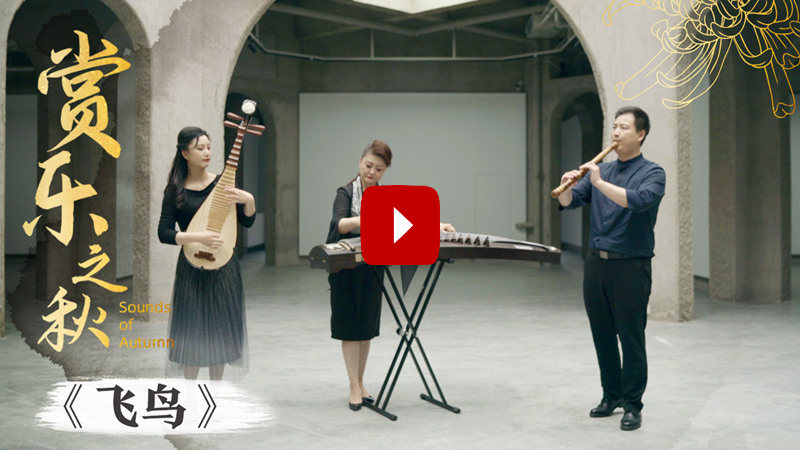 In ancient times, poets used birds as a metaphor for the realization of ideals and transcendence. In this performance, the guzheng (Chinese zither) and the pipa (four-stringed lute) play harmoniously with each other. The bamboo flute joins in to create a sanguine and unfettered trio of the “Flying Birds”. 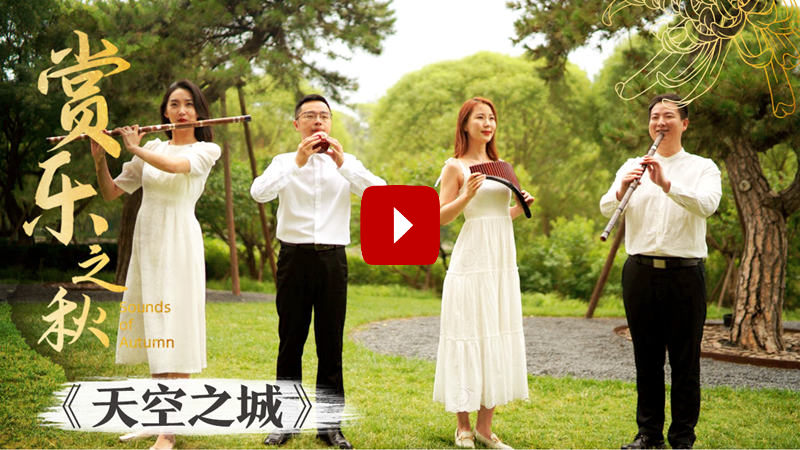 CastleintheSky is a pure and flawless dream decorated with fantasy; it is simple yet magnificent, plain yet colorful. The piece conveys the relentless pursuit of dreams, as the ethereal “xun” (Chinese ocarina), the lingering of the “xiao” (Chinese vertical bamboo flute) and the tranquility of the bamboo flute express the courage of dream chasers everywhere. 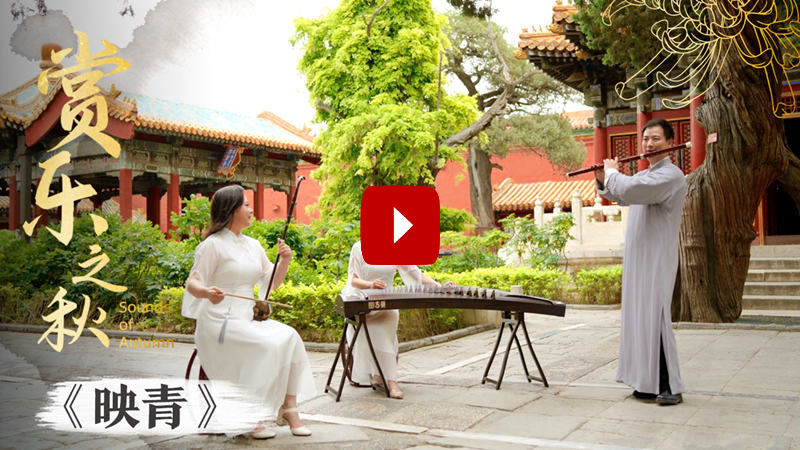 The steps to the pavilion are verdurous. The lush scenery reflects on the water as the vibrant melodies of "Clear Reflections" begins to play. In this performance, the interweaving sounds of erhu (two-stringed fiddle), bamboo flute and guzheng (Chinese zither) allow you to become immersed in the imagery and feel the vitality and charm of ancient times this autumn. 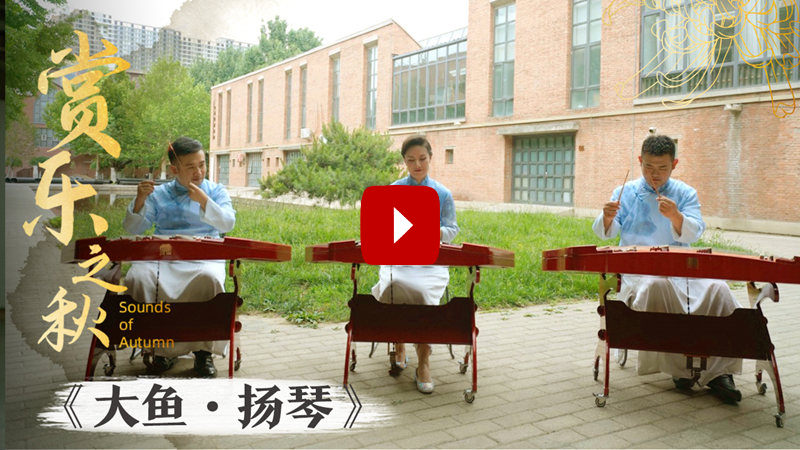 The legend of the "Big Fish" is like a nursery rhyme; it comes from the past yet touches our hearts. In this version, a harmonious yangqin (Chinese hammered dulcimer) trio adds a sense of gentleness and clarity to this piece.