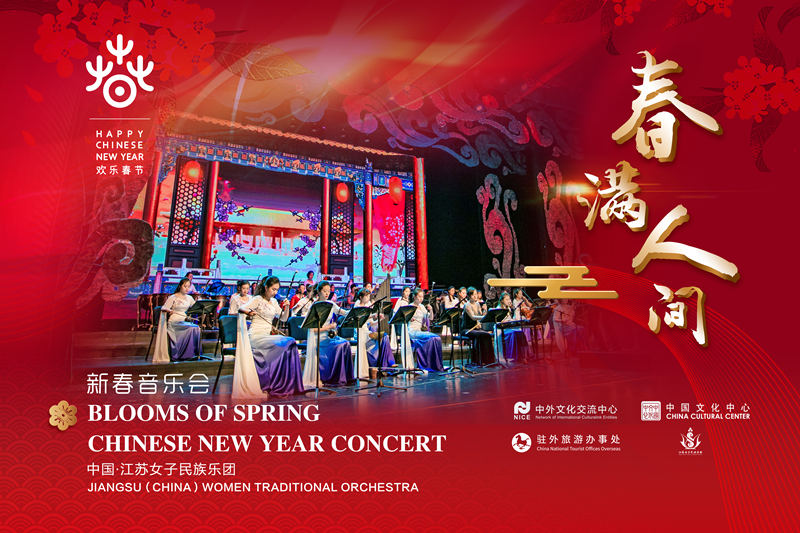 Everything renews year after year. As a good start of the whole year, spring comes back with hope and happiness. Well-known for the name “Spring Festival”, the Chinese New Year is regarded as one of the most important traditional festivals for Chinese people. In this period of blossom, Jiangsu Women's National Orchestra, reputed as “the Jasmine of Chinese traditional music” will present a high-quality concert “Blooms of Spring” highlighting the prosperity and romance of the season.

9.National Orchestral MusicSpring in the South