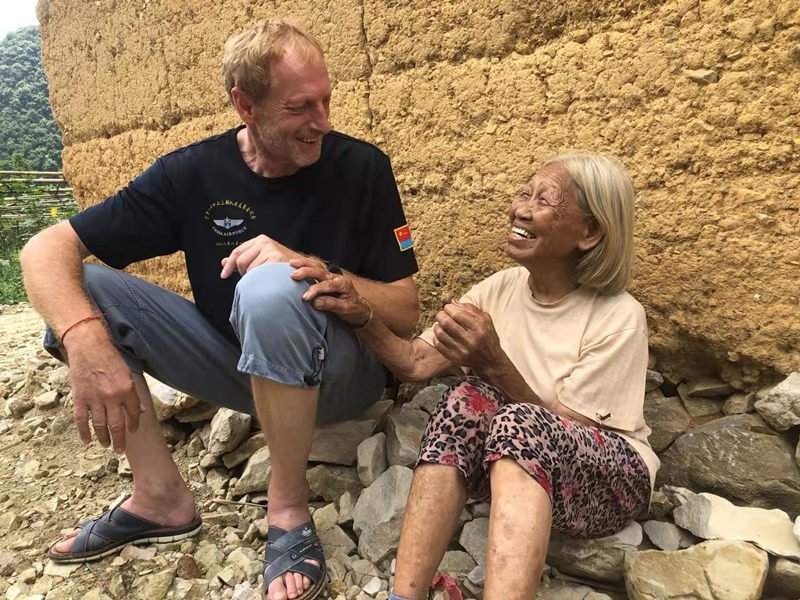 Zhadong, a remote village in south China, has gone through notable changes in the past three years during a campaign against poverty. Every villager has witnessed the process, including 60-year-old Nico Hansen, a retired police officer from Luxembourg. He has stayed in the village since early 2018.

After retiring, Hansen came to China as a tourist in 2015. Stunned by the fantastic scenery and fascinated with the rich culture in Guangxi Zhuang Autonomous Region, he settled down in Hechi.

In March 2018, a Chinese friend asked him to go to a nearby village to help with some farm work. He went there, not knowing that this small favor would end up in an over-two-year stay.

The village was like a heavenly retreat in Hansen's eyes. With mist cloaking the green mountains, its tranquility and beauty looked surreal. But as he stepped into the villagers' houses, he was sad to find nothing but dire poverty.

"It broke my heart," Hansen told Beijing Review. "It gave me motivation to help these people." 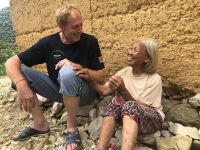 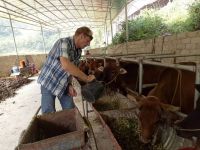 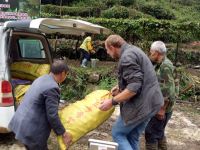 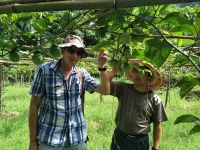 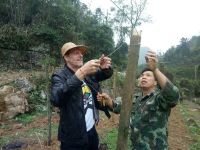 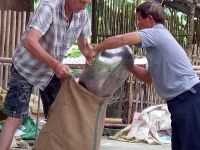 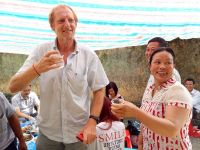 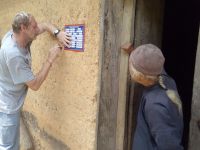 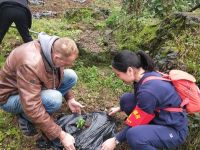 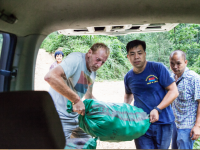 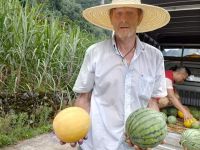 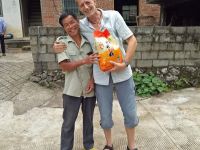 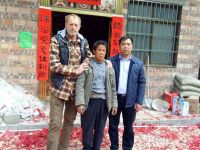 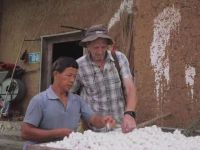 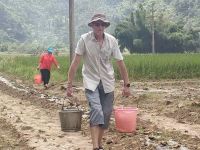 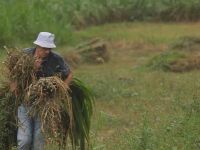 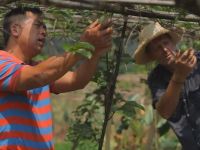 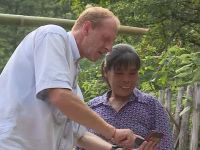 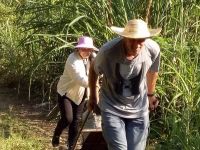 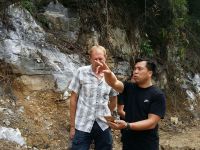 The village had been struggling with poverty for years. When Hansen arrived there, half of the village didn't have a paved asphalt road. Walking was the only way to get to other places.

"No one could have imagined that at the end of the dirt road, there were houses and people lived there," Hansen said. With cracks in the wall and leaking roofs, many of the houses were dangerous to live in.

He also found that the villagers fetched drinking water from a reservoir. "The water was dirty and the reservoir was full of frogs and snakes," Hansen said.

He decided to stay in the village to help with the poverty alleviation work and regarded it as the new goal of his life. He met Xie Wanju, First Secretary of the Communist Party of China Zhadong Village Branch, and expressed his idea.

Xie didn't take it seriously. This foreigner, holding a camera and wearing sunglasses, looked more like a tourist. The poverty alleviation work in the village was hard, even for the locals. What could a foreigner, who couldn't speak Chinese and knew nothing of the village, do?

He thought the foreigner made the decision on impulse and replied, "You can stay, but you won't get paid for whatever you do." Hansen agreed.

To get familiar with the village and figure out what he could do, Hansen followed Xie everywhere in the village. At first, his appearance attracted many curious eyes as it was very rare for a foreigner to show up in the village. But gradually, they got used to him. 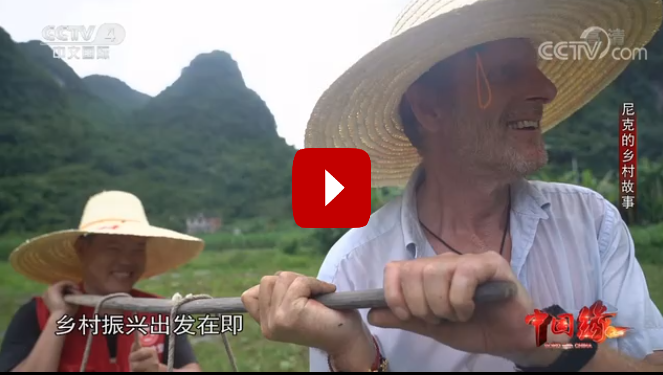 In the old days, the villagers relied solely on corn for their living. Xie encouraged them to take up niche income-generating activities such as growing passion fruit and yellow watermelon and breeding silkworm.

Road, water and housing were three key issues in the village. Among them, roads were of utmost importance. After walking around the village, Hansen mapped out what he could do for the road plan. He and Xie, a retired police officer and a veteran, spent four hours each day walking in the village, getting every detail of the geographical conditions. United by a common goal, they soon became bosom pals, despite the language barrier.

Based on their research, and along with financial support from the local government and donations, a paved road was finally built.

With the road, agricultural products can be more easily transported to markets. In Hechi, a vending station was set up exclusively for selling products from the village. At peak harvest season, they would set up street stalls in the city with Hansen pitching in to promote the products.

Villagers now regard him as a local. He followed Xie to every household and learnt to speak simple sentences in the Zhuang language. He saw Xie write down the problems of every family in his notebook and try his best to solve them even though some of the issues were beyond Xie's responsibility. "In Luxembourg, the government provides the poor with subsidies; they give money and do nothing more. Here, village leaders assist the poor to move out of poverty in person, giving them new ideas and cheering them up," Hansen said.

Now the village has taken on a brand new look compared with three years ago. The residents have access to tap water and the government built new houses for the villagers living in cracked old houses free.

"The changes in Zhadong in the past three years demonstrate how successful China's poverty alleviation is. I believe the same changes have happened in many other villages all over China," Hansen said. "In Europe and in the rest of the world, everybody is talking about China's poverty eradication drive. This year, the United Nations said that the Chinese model should be adopted by other countries."

Despite all the energy and effort he has put into eradicating poverty in Zhadong, Hansen has never asked for a penny. The experience in the village is precious to him and makes him feel content and happy, which, in his own words, is far more precious than money.

Looking ahead, Hansen said Zhadong will develop ecotourism so that more people can visit this rural paradise. He also hopes that his efforts will pay off and that the younger generations now working as migrant workers in cities will come back to Zhadong and contribute to its revival.

(The article above is written by Liu Ting, Beijing Review) 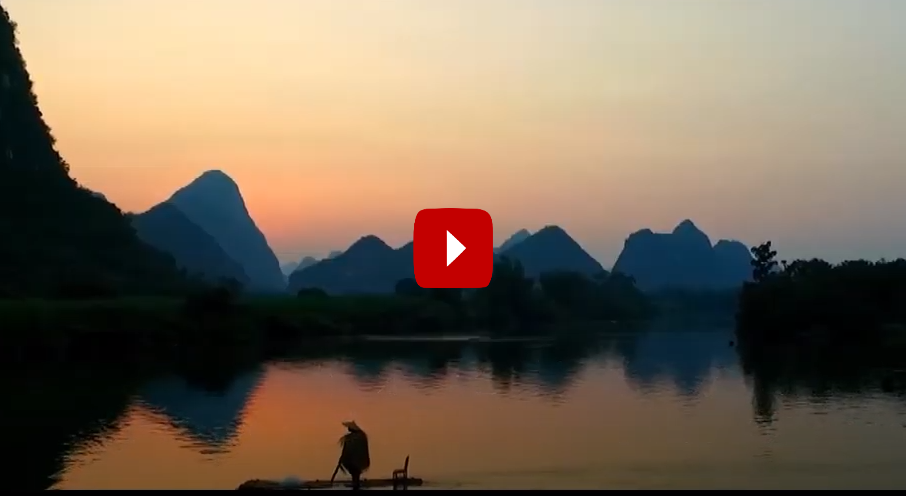 click the play button to enjoy the beaty of Guangxi

Poverty alleviation is one of the most concerned issues of the international community. The primary goal set forth by the UN 2030 Agenda for Sustainable Development is to “eradicate all forms of poverty around the world”.

Over the past eight years, China has lifted 98.99 million poor rural residents under the current poverty line out of poverty, with 832 impoverished counties and 128,000 poor villages removed from the poverty list. China has met the poverty eradication target set in the United Nations 2030 Agenda for Sustainable Development 10 years ahead of schedule. 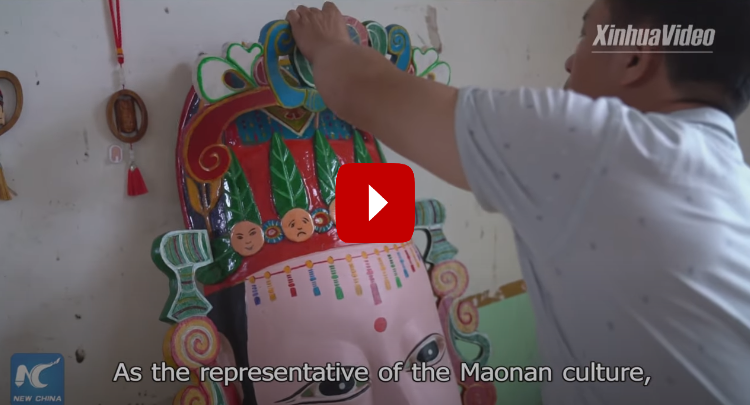